Deborah:
1990-1992 Executive Flight Services- Waterbury/Oxford, CT (KOXC). Growing up in a small town in Connecticut, this was the closest airport for me to go to for an introductory flight. Little did I realize that this would change my life! 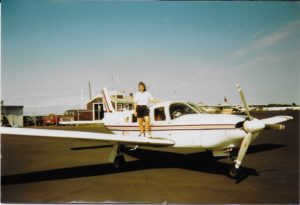 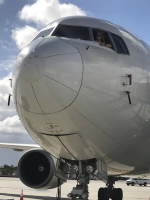 Deborah:
Yes, several pilots that I had flown with while a flight attendant at Continental Express, but not one in particular. Everyone has always been 100% supportive of my endeavors and I am very grateful for that. In my family, both my grandfather and my mother were always 100% supportive.

Deborah:
I started my aviation journey as a flight attendant, when I was 18 years old for Continental Express Airlines. Soon after, I quickly became interested in flying and started my flight lessons 6 months later. Then I worked my way up earning my ratings on my days off and eventually flight instructing for 4 years, while still working full time as a flight attendant. My dream came true when I was offered an interview and first officer position at Continental Express and then I became an FAA Check Airman and training captain. It was amazing to be working with and training many of the same pilots that mentored me over the years. 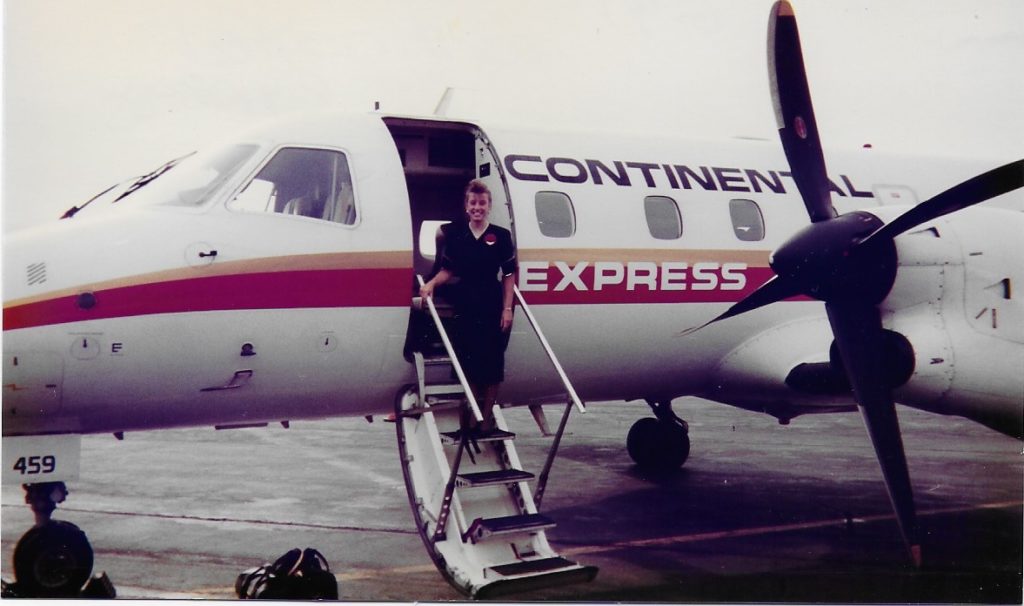 Deborah:
I truly enjoy mentoring pilots and love learning new things. I am currently a UPS/IPA Pilot mentor and volunteer annually at the UPS booth at the Women in Aviation, International Conference. I do several school talks each year for students of all ages and also teach at several universities in both the graduate and under-graduate aeronautical science programs.

Deborah:
Live 1 hour north of MIA (in base).

How has your aviation journey been different than planned?

Deborah:
I started in aviation as an eighteen- year old flight attendant, who wanted to travel. I never knew what would be happening 5, 10 or even 20 years in the future! Sometimes the best things that happen are all unplanned. Soon after I was interested in flying, I started asking a lot of questions to all of the pilots that I worked with (there was no internet to reference back then). Since I did not have anyone in my family that was involved in aviation and I grew up in a small town in Connecticut, I did not know where to start. They told me “just go to a local airport and take an introductory flight”. So, I spoke with my grandfather, who was one of my mentors, and he came with me for my introductory flight. I loved it! On that day, he said if you want to start flight training let’s buy the books now and I will help you get started. From that day on, I managed to do my flight training 3 days a week, and continue to fly as a flight attendant the other 4, also while going to college online through Thomas Edison State College. I was able to earn my ratings approximately every 6 months and eventually earned my CFI/CFII/MEI. I flight instructed for 4 years and eventually made my dreams come true by making my way back to Continental Express as a pilot. Once I became a check airman and was doing training in the aircraft at night, I met 2 UPS pilots who were on the same night schedule as me. This was 1996. They asked me if I thought about flying for UPS. At the time, I did not know anything about UPS or flying cargo. Over the course of a few dinners that week, they both convinced me that UPS would be a great fit for me and my career. I applied and in Dec. of 1997 was offered a class in March of 1998 as a Flight Engineer on the DC-8. I have loved all of my 23 years at UPS and the experiences I have had. This career trajectory has been such an amazing path that I would have never thought about. I am grateful for all of my experiences, both as a flight attendant and pilot. It is really the people that make the difference.

Deborah:
I have been extremely blessed to have raised my two children as a single mom. What has been even better has been my schedule at UPS. I have basically been home almost every day since they were little. I flew the night turn schedule, which is 10 nights per month. You leave at 11p approximately and fly to Guatemala or somewhere in Central America, usually a 2-3 hour flight and fly back by 6am. With the support of my mother and family, I was able to put the kids to bed, go to work come home, get them off to school and sleep during the day. I was also able to participate in their extra-curricular activities (Brownie/Girl Scout leader), sports, help with homework and have dinner every night with them. It is only in the past few years, since they are older, I have changed to day time turn flights, where I leave early in the morning and home at night. Although we recently got a new puppy, Moose, so now my challenge is a dog sitter.

Deborah:
Speaking from experience, since my daughter, Therese (21)(who is also an “aspiring ISA +21 member) and my son, John (19) are both pilots (Therese was John’s flight instructor); I would say there is not “one “path to reaching your goals. Talk to as many pilots in different sectors that you can. Find out what is out there and do not be afraid to try something new. Follow your passion and do not be afraid to work for it. There are many resources and groups available to mentor and assist. Do not be afraid to reach out.

Deborah:
ISA+21 is an amazing organization which offers support and comeraderie to female airline pilots. The ability to connect with others is a great benefit. It also great to get to know other females in other airlines and connect with them. 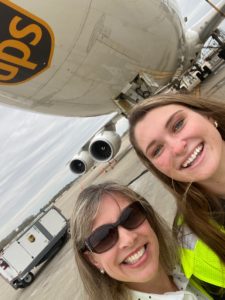 Read about this historic flight  HERE!