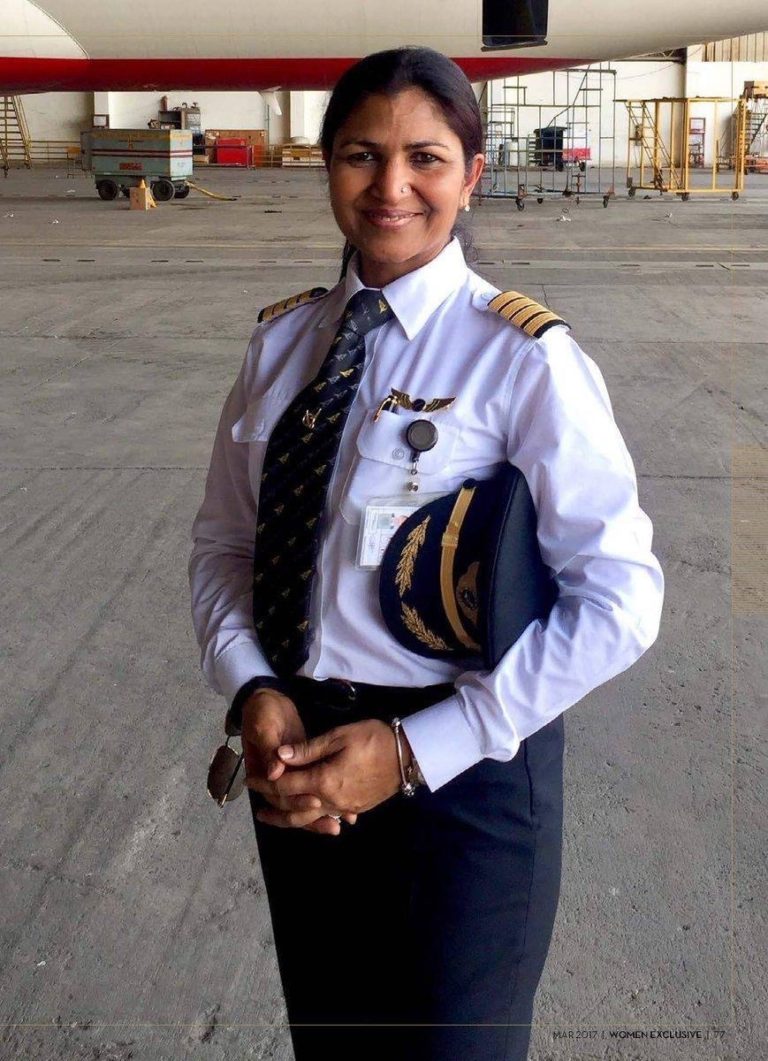 Nivedita: I started my aviation career while I was in school, with Gliding. The year was 1979, at the Delhi Gliding Club in New Delhi, India. Actually, without familiarity of the terms “structured”, “Check-list” or the ” PDCA Plan-Do-Check-Act cycle”, I realised that’s what I’ve done since I was a teenager.

What is your current job, type of aircraft, and location?

Nivedita: Basically, I’ve never shied from asking for help. Growing up with financial constraints , I didn’t have the luxury of attending organised Tuitions or lessons, so it was my Parents, my older sister, the friendly neighbours to begin with.
But to give a direct answer to your question, I can unabashedly say it was Captain Yasmin Rahman, an Airline Pilot from Bangladesh, married to an Airline Pilot, with a daughter, at the time I met her (1985). She affirmed that a woman could be a Pilot, wife and a mother. I believed if she could do it, I could, too.

Nivedita: Wanted to shine, wanted to stand on a Victory Stand, but was not academically inclined, besides, too many girls were better than me in sports. That was my dilemma. Our school was behind the Flying Club and each day was spent watching countless take-offs and landings, the gliders spiralling up in thermals and the eagles soaring majestically.
The sky was the limit, literally. It was my canvas.

And my parents supported my every decision . The only rider was that I was required to bring each act of mine to a “logical end” (I guess many of you are smiling, reading this, like me).

Nivedita: I wish someone would get me to go to Space.   If not, I’m looking forward to a new career in Safety, after retirement from my flying position in Air India.

While waiting for a call or on a layover, what are some activities that you have enjoyed with other flight crew members?

Nivedita: With crew members, its generally lots of walking, occasionally hiking in Singapore, Gliding in Varese (Italy) once, a trip to Mt Fuji’s 5th Station, Cycling in Paris and Copenhagen, watching the Christmas lights in Stockholm, sightseeing in Bethlehem, Jerusalem and bathing in the Dead Sea in Israel and of course frenzied shopping trips in London, New York and Washington.

With friends, while on a layover, I’ve climbed Mt Fuji, Sydney Harbour Bridge, Tokyo tower, swum in a lake, tried my hand at surfing and failed miserably, Wing Walking with Aerobility in England, Blue mountains in Australia, and driven a lot around. [Also enjoying] many gallons of wheat beer in Germany.

Do you live in your base?

Nivedita: Yes, after a couple of transfers in the nascent stages of my career (starting in Calcutta, then in Bombay), now I am in New Delhi.

Does your schedule require you to be on reserve or do you have a set schedule?

Nivedita: Quite a set schedule, maybe one or two reserves in a month, but flying has come down a lot now, due to Covid, so hardly flying a couple of flights a month.

What does a typical day of flying look like?

Nivedita: Relaxing, to say the least.

Because when you fly, you have to rest, sleep, eat and exercise, all in a particular order, depending on the time of your flight. And finally, when you leave for a flight, you have to let go of all the earthly bonds of home and office.

On the B787, we are generally flying Internationally, a single landing. Somedays, it could be Ultra Long Range, with augmented crew (Two sets of Captains and Co-Pilots)

For example, if I’m flying from Delhi to Washington, the departure is at 2am.
(I am required to be at the airport one and a half hours before departure.  So from this point I start planning backwards.)

[With this planning] I can have the liberty of still being the free bird that I dreamt of, while in school. 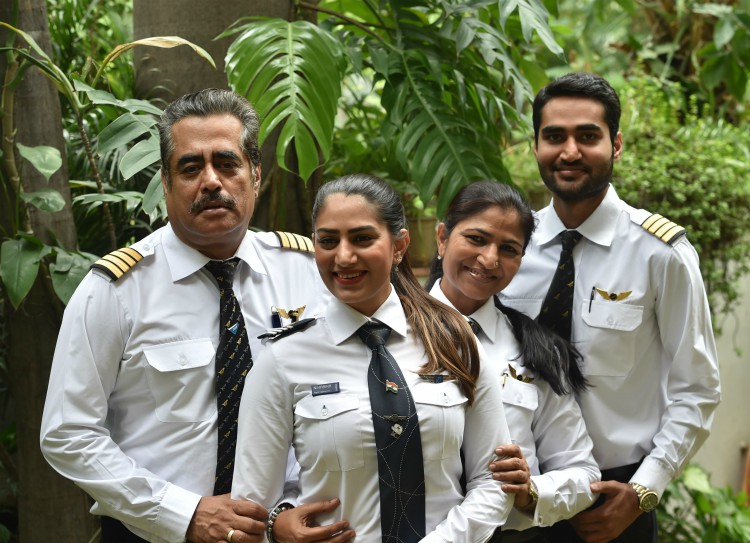 Nivedita and her family of pilots

Along with her husband, Nivedita’s daughter and son are also airline pilots!