Kyoko:  I wanted to become a pilot after college in Japan. However, Japanese airlines were not hiring female for pilot position back then. I moved to the US to attend graduate school majoring in Intercultural Relations. After working in education for a few years, I became a flight attendant for American Airlines. While working as flight attendant, I met several female new hire pilots and started to think I could become a pilot here in US.

Kyoko:  I would like to keep flying international routes, especially to Japan where my family lives. Upgrade to captain at Delta before I retire!

Kyoko:  I live in Las Vegas and commute to Seattle.

Kyoko:  Going through requalification training twice in 3 years due to injuries. It was my first time without flying for a long period of time in 20 years.

Kyoko:  I never thought I could not become a pilot because of my gender. It is not an easy journey to become an airline pilot but it’s very rewarding career. There are a lot of us who are happy to mentor future female aviators because all of us had someone who helped us in our journey to the flight deck. 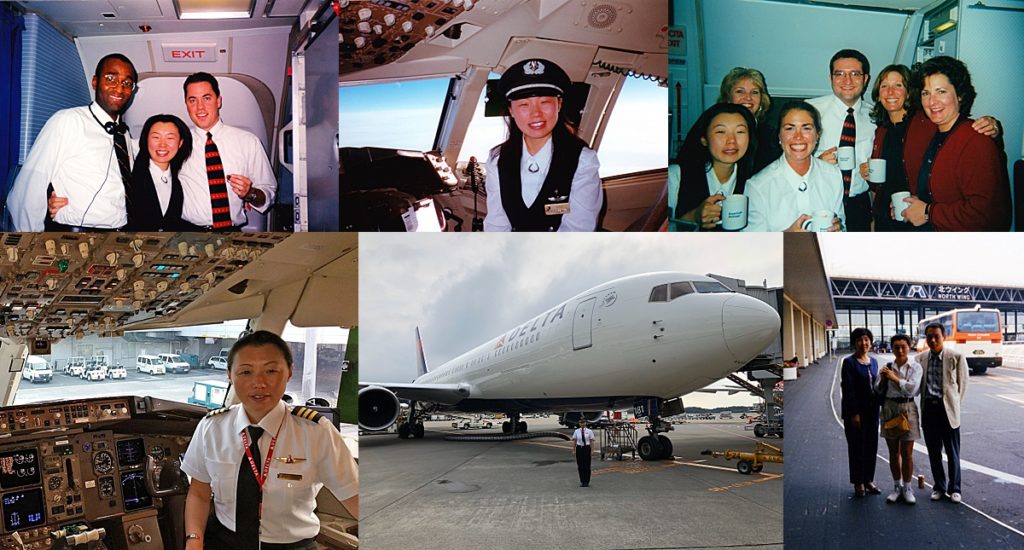