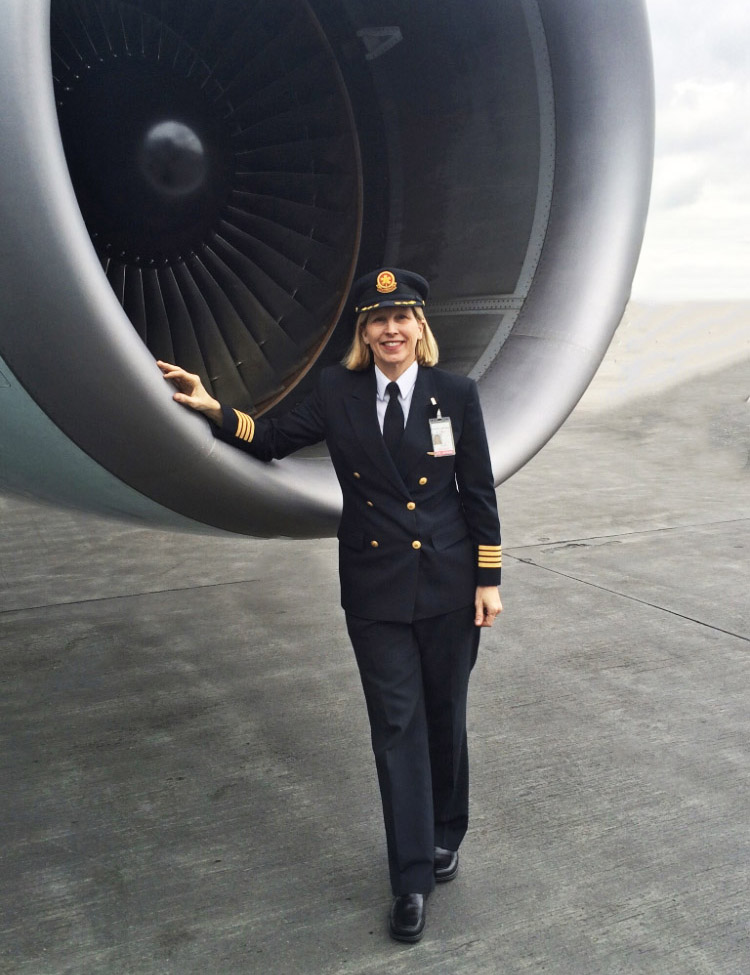 Where did you do your flight training?

Cathy:
I have met a number of women who I’ve admired. Several of them were ahead of their time and were denied pilot jobs at the airlines. I met them through the 99s. My mom was encouraging and supportive. When Judy Cameron was hired at Air Canada, I saw it was a viable career option. She and Rosella Bjornson were trailblazers who I admired. Jean Haley Harper’s book on becoming an airline pilot helped to encourage me as well.

Cathy:
Getting checked out on a single engine airplane again. I am going to get my drone operator’s license for fun. I’d love to get to Oshkosh.

What have been some recent challenges you’ve faced?

Cathy:
Fitting in all of the volunteer activities with my work schedule. Planning for my retirement in December.
What would you say to girls looking to become an airline pilot?
Cathy:
I love telling young people to consider a career in aviation. What an adventure!
Previous
Next
What was an ISA+21 Dublin conference highlight for you?
Cathy:

As always, I love talking to all of the dynamic ladies who have achieved their dream jobs.