For those arriving extra early to Sydney, dinner reservations were made across the harbor at Doyles Restaurant in Watsons Bay. As more members arrived into town, a social on the Paragon Rooftop brought us to see many friendly faces.

The following day, ISA Members suited up for a journey to the summit of the Sydney Harbor Bridge. It was a perfect day and we experienced gorgeous views of downtown Sydney and the Opera House.

The evening consisted of a large group for dinner at Mr. Wong’s Cantonese Restaurant.

Our conference began with an evening reception.  Starting with a Welcome to Country ceremony, followed by speeches and an award for Qantas’ first women pilots, Sharelle Quinn and Ann Bennett.

The Qantas Pathfinders, who raise money for deaf and blind children, performed for us while we enjoyed appetizers and with our silent online auction going on in the background.  And it wasn’t just conference-goers bidding…people in the states could put in bids ahead of time, since it was the middle of the night back there, and some intrepid bidders even set their alarm clocks to wake up in the wee hours of the morning to bid!

The silent auction, plus donations, brought the grand total to over US $15,000!

In the end, Qantas covered all costs for our reception. Their generosity, along with help from the entire Qantas team, made this a most memorable night.

The business meeting the next day was another surprise.  After the 133 members stood and introduced themselves, in uniform, the first break revealed an elaborate morning tea as the huge auditorium screen was raised. And the day was just beginning!

Alan Joyce, Qantas’ CEO, welcomed us before lunch and explained his philosophy about why diversity is so important. The most memorable take-a-way for me was the message: How can we hire the best pilots if we ignore 49.5% of the population?

After the buffet lunch, we were surprised by Zoe Gertz, the Come From Away traveling cast’s “Beverley Bass” singing, “Me and the Sky.”

The day was packed, with the photoshoot at a secret location, in a Qantas Airlines aircraft hangar.  Captain Lisa Norman had an idea… she offered photographer-extraordinaire James D. Morgan two sessions in the Qantas 747 simulator in exchange for photos of our group.

The photographs of 130 female airline pilots from 33 airlines around the world achieved millions of views and became a top photo for the week of May in Huffington Post, and the associated comments have also been truly inspiring. The mini-movie of our photo shoot from talented photographer James Morgan has been viewed over 30,000 times.

The evening included some beautiful views of the Sydney Harbor.

Dinner on the boat was delicious, and drinks were included. We sold our “Women Who Fly” books and had our most successful raffle to date.

Laden down with silent auction purchases and Sydney souvenirs, a sizable group took the two-hour train ride to the Blue Mountains. From Echo Point in Katoomba, we enjoyed glimpses of The Three Sisters rock pinnacles.

The following day, we set out for Scenic World park where first on the list was the Scenic Railway— said to be steepest in the world, that plummeted us towards the boardwalk below! After that, smaller groups wandered off in various directions along the Scenic Walkway boardwalk on the floor of the Jamison Valley, enjoying the many sculptures of the temporary exhibition nestled between the trees and hanging from branches. We ended up taking the Cableway Car back up to the top of the escarpment and heading out for the last activity The Scenic Skyway—a glassfloored cable car suspended above the forest floor from one clifftop to another.

Want to see more photos?
View Albums from Sydney and Past Conferences on the Shutterfly Shared Site 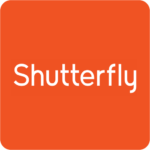